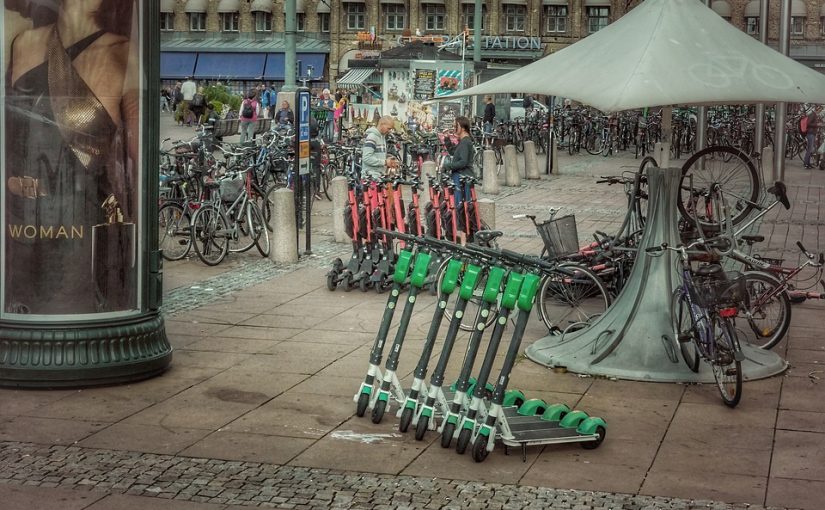 The kick Scooter (also known as a scooter of a push scooter) is a man-powered vehicle with wheels, handlebars and a deck, which gets pushed usually by kids down the pavement and uses there strongest or dominant leg while standing.

Today there are not only various models, shapes and sizes but also a few different types of designs.

Most pro stunt scooters are made out of steel, aluminum, or titanium.

Most scooters made for kids under age 12 are usually three or four-wheeled whereas the adult (and this is where get to the Stunt Scooters) comes as two-wheeled plastic unfold able models.

Some of the Stunt Scooters also known as Race Scooters for adults are sometimes represented like the “penny-farthing” bicycle.
There are also motorized ones that usually comes as a gas engine powered but more to date also the appearance of the scooter that comes out powered by a battery but electrically charged with an electric motor that is self-propelled and reaches speeds of up to +-20 mph.

History and the Models

The earlier scooter was made by hand in the mostly industrial sections of the urban areas of the 1920s United Sates and Europe and was made by the kids themselves as toys, to ride around on the streets or sidewalks.

Another design was to use wheel bearing casings and the actual ball bearings together as the wheels which made a lot of noise and this made it safer than the roller skate wheeled versions, as it could be heard from a distance and the motor vehicles could hear them and avoid accidents.
Kids on scooters were first seen on the big screen in the 1922 movie, “A Trip through the Streets of Amsterdam”
Starting, as the Bundes Archiv from Germany detailed, its origins back to 1938 in Paris, Leipzig, and Berlin. Also made by hand they were raced and today evolved into the now known Stunt Scooter.

The Kick Scooter involved in the extreme sport of trick and stunts and they started designing them with more durable materials to withstand the normal and everyday frustrations and stresses that are now known as known pro stunt scooters.

The stunt scooter sport has become so big that there are many big brand names involved in not only manufacturing the actual stunt scooter by all accessories as well. Items made are helmets, grinding waxes and many more.

One day hopefully we will see it become so big, like the BMX stunt bikes, that it could be included in the Olympics, we hope.