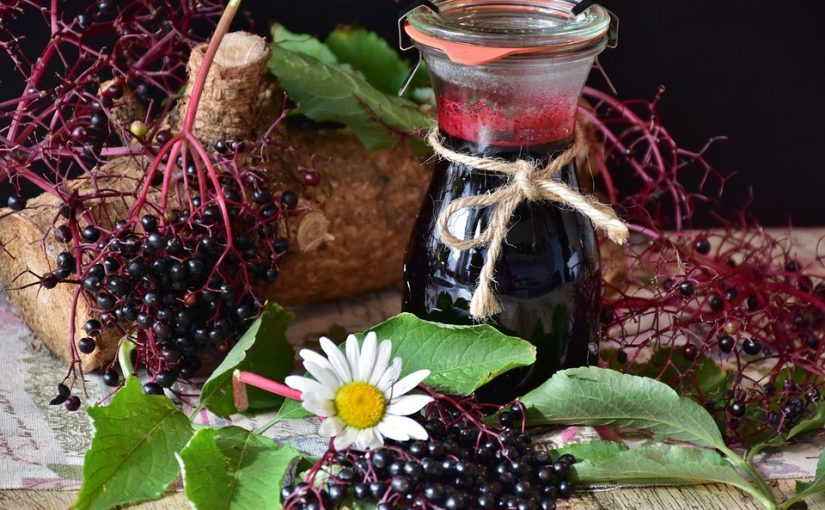 Perhaps it’s not surprising there are so many elderberry benefits; it’s long been one of the world’s most used medicinal plants, and it was used widely by native Americans and the ancient Egyptians to treat a variety of ailments. Of course, the berries can also be used to make jelly, juice and wine.

One of the biggest elderberry benefits is that the berries are very nutritious and are especially high in dietary fiber and vitamin C. Flavonoids are natural chemical substances which are also present in elderberries, and these can help to boost the body’s immune system and get rid of harmful free radicals from the body. Of course, a stronger immune system means less chance of becoming sick and better overall health.

If you have an infection of the upper respiratory tract, you may want to include some elderberries in your diet. Another of the several elderberry benefits is the fruit’s ability to help reduce the swelling of mucus membranes, as well as reduce the excretion of mucus from the sinuses. Elderberry is also beneficial when it comes to treating nasal congestion, something which can be a big help to anyone who has bacterial sinusitis. Inflammatory problems, such as eczema, arthritis and boils can all be alleviated with elderberries, and the berries are a main ingredient in topical oils and sitz baths.

Elderberries can be used to alleviate or treat a range of other conditions and ailments. Because the bark of the elderberry tree can boost the body’s ability to retain water, it is often used to bring about vomiting and help with constipation. Joint and muscle pain can be successfully treated with the fruit, and it’s also often used to fight headaches and fever. In fact, one of its most common uses is for fighting colds and flu. Elderberry extract can shorten the duration of the symptoms that typically accompany the flu, when taken within 48 hours of first noticing the symptoms. Elderberry can also lower blood sugar levels, making it an ideal addition to the diet of anyone who is diabetic, and studies even indicate it may be able to fight cancer.

There’s no doubt that elderberry can help with a variety of ailments, as proven by the fact that it’s been widely used for so long. One other advantage of the fruit is that it can be ingested in different ways – tea, wine, gummies or a supplement.